Carlos is a champion for working families because he understands that Floridians deserve a real living wage, earned sick time and access to affordable medical treatment and lifesaving care. He will always stand up for workers by cracking down on irresponsible corporations that steal wages and treat employees unfairly. Carlos will work with reputable businesses to help create more and better jobs, including for those arriving from Puerto Rico.

Carlos believes healthcare is a right, not a privilege. Floridians should not have to choose between paying for their prescription drugs or putting food on the table for their families. In the Florida House, Rep. Smith has co-sponsored legislation that would implement a single payer health care system to Florida. Almost 3 million Floridians are currently uninsured. Carlos supports expanding Medicaid in Florida which will insure another 800,000 Floridians. 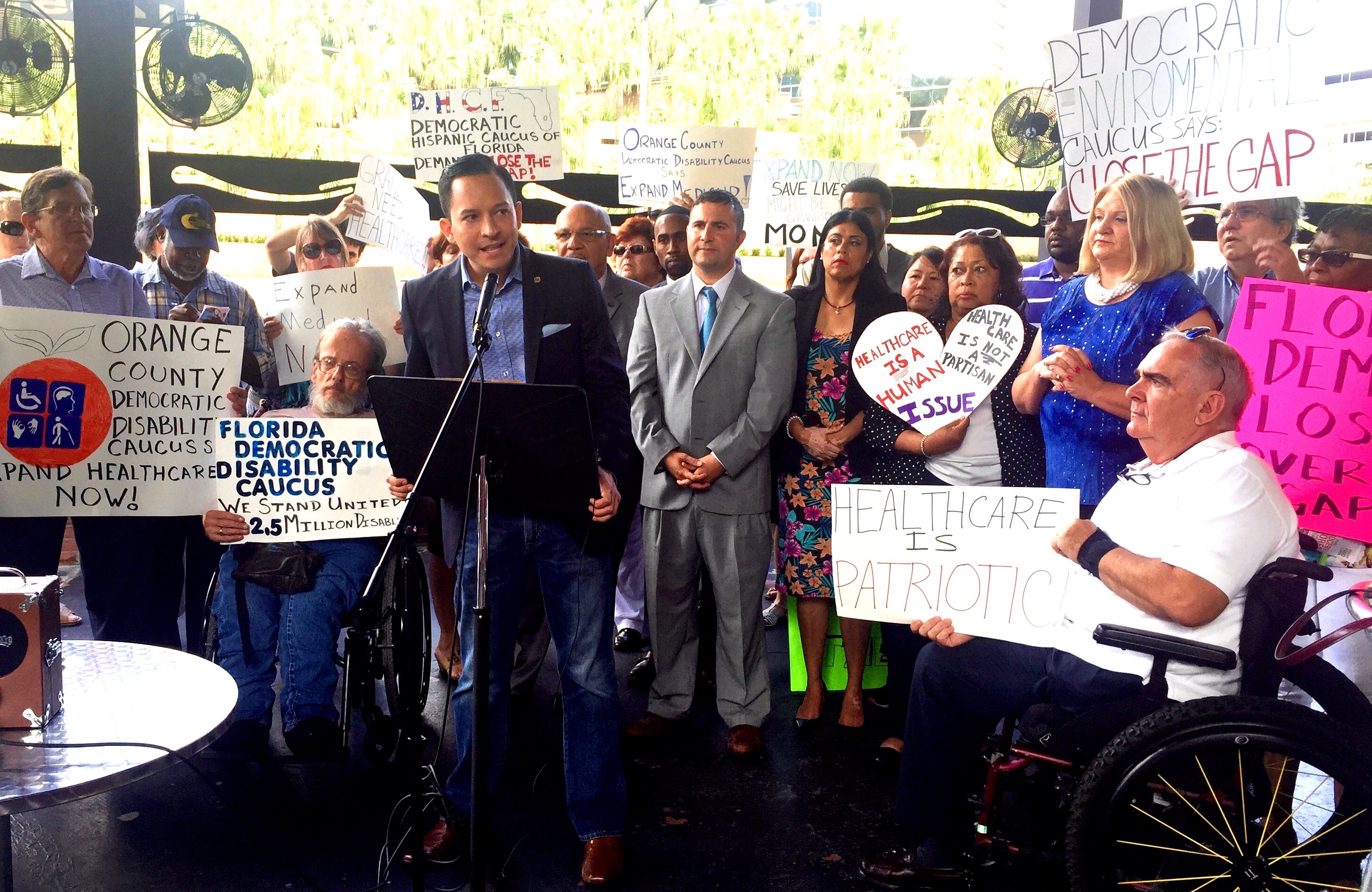 We will never achieve full equality until every Floridian has the opportunity to earn a fair living wage. Florida’s minimum wage currently stands at a meager $8.05 per hour due to failed leadership in Tallahassee. More than ½ of all black workers and more than 60% of Latino workers make less than $15 per hour.

While Orlando may be the #1 tourist destination, we are DEAD LAST in wages. In Orlando, nearly 40% of all workers are paid less than $25,000 annually. This culture of poverty in Central Florida is costing taxpayers big time. The failure of the tourism industry to offer living wages and fair benefits, swells our welfare rolls and overflows our ER rooms - but the top 1% are content to live comfortably off the fruits of their labor.

We can fix this so that Floridians who work 40 hours a week don't have to live in poverty! Increasing the minimum wage to a statewide living wage will put more money in hard working people’s pockets where they’ll spend it, which grows the economy and creates jobs, while saving taxpayers who won’t be forced to subsidize low wages with food stamps, Medicaid, and low-income housing. Add your name to become a citizen co-sponsor.