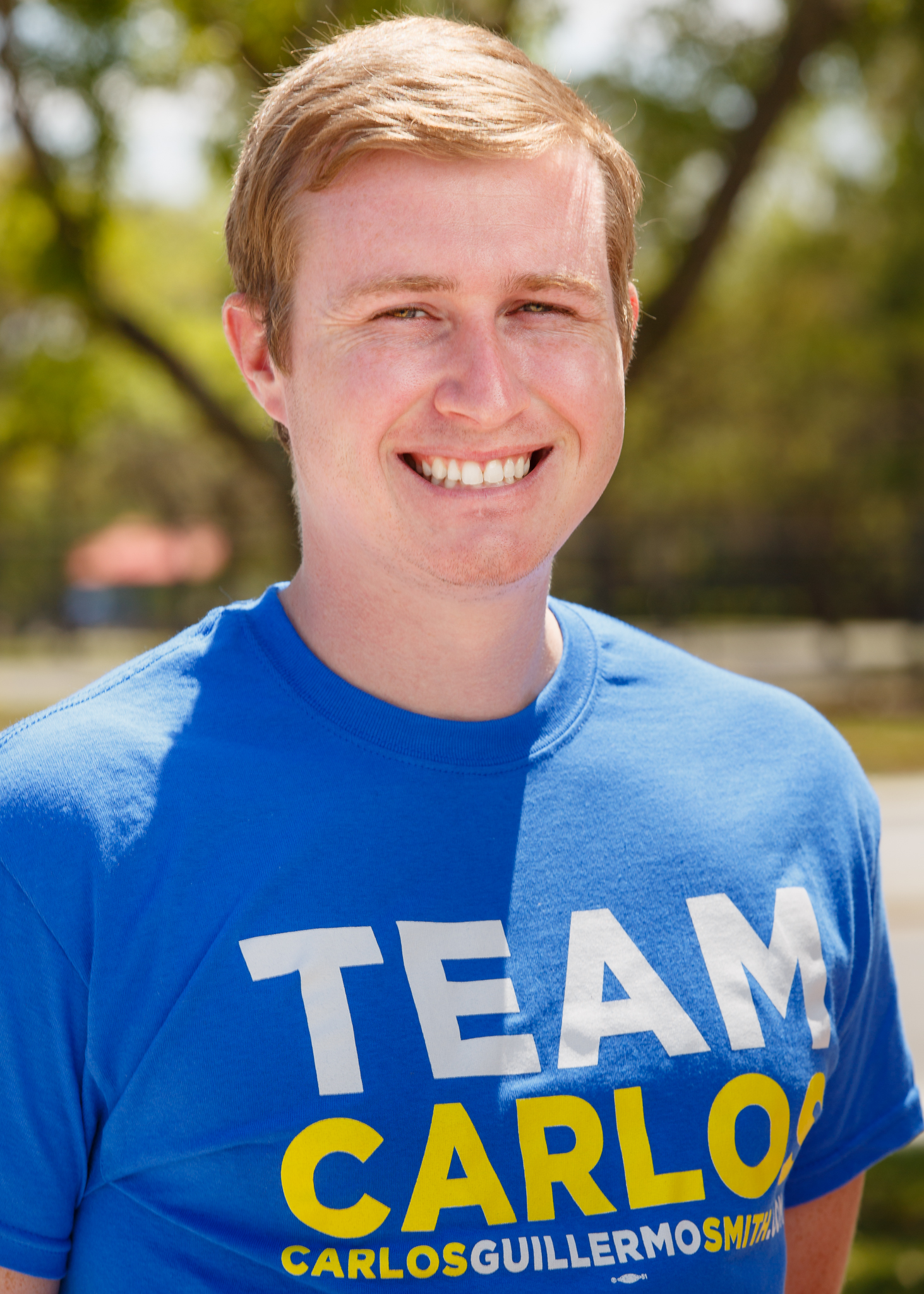 As a successful student organizer at the University of Central Florida, Steven is a proven progressive who is determined to win back HD 49.

As the co-founder of 'Knights for Bernie', Steven helped lead UCF's precinct 538 to the highest precinct-level turnout in Central Florida for the Presidential preference primary at 79%.

Assisting the efforts of the Florida Democratic Party to register people in and around HD 49, Steven and his group of Bernie supporters registered 3,000 students to vote at UCF, giving Democrats the edge heading into 2016.

Born in Massachusetts, Steven moved to Florida with his family when he was 8 years old, spending the last 20 years as a resident of Central Florida. He plans to raise a family in Florida with his wife Carolina and work hard to ensure that Florida is stronger and fairer for future generations.

Hannah is a sophomore at the University of Central Florida studying International and Global Studies with minors in Diplomacy and French and a certificate in Intelligence and National Security.

She is very passionate about politics and is very active in the political community. Over the past year, she has interned with Carlos in his district legislative office and is working as Social Media Director for a Seminole County School Board campaign.

On campus, Hannah is involved in the Student Government Association and she is the current Treasurer of the International Relations Club.

Hannah is very excited to be a part of Team Carlos, and she is very thankful for the opportunities she has had working with Carlos in his legislative office.  She is very enthusiastic to learn more about campaigning, and ready to re-elect Carlos to District 49!

A third-year Political Science, Human Communication, and Legal Studies student at the Burnett Honors College of the University of Central Florida, Lauren was born and raised in New Jersey before calling Orlando home in 2016.

From her experiences as a competitive college policy debater, Lauren found a love for research and advocacy.  More specifically, she is passionate about promoting inclusivity in LGBTQ+ spaces, having most recently presented research on Unstable Identity at the 2018 Florida Collegiate Pride Coalition Conference.

Lauren began working with Representative Smith in the fall of 2017 as a legislative intern at his district office before deciding to join Team Carlos for his 2018 re-election campaign.

Eager to give back to a city that has been so welcoming to her, Lauren is excited to be a part of Team Carlos’s efforts towards important progressive issues.